On September 5, 1950, Maternity of Mary School opened with four Benedictine nuns as teachers. School enrollment was 150 students in grades one through four. The plan was to add an additional grade each year so that the first class would graduate in 1954. The rapid growth was phenomenal. By 1954, enrollment had grown to 400 students and the addition a new school facility became absolutely necessary. Eight more classrooms were added in the fall of 1956. The 44 registered families in 1950 had increased to over 1000 families by 1955. 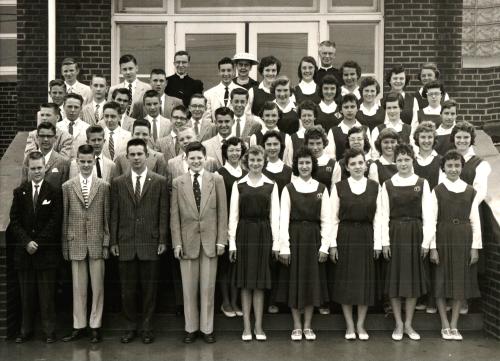 This rapid growth continued until it reached its peak in 1962 when there were 733 registered students. In the early years, (1950-1953), all of the school personnel were Benedictine nuns. The first lay teacher was added to the staff for the 1953-1954 school year. The mainstays of the teaching staff, however, were the Benedictine nuns through the 1970-1971 school year. In June of 1971, the nuns withdrew from the school and the staff has been primarily lay teachers since that time. 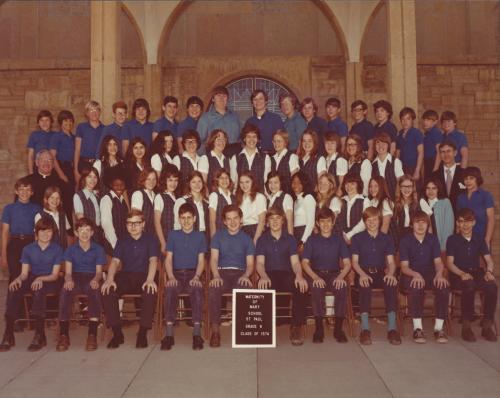 In 2010, a remodel of the existing school building occurred to update ceilings, lighting, elevator lift in gym as well as new doors for all classrooms. There was also an expansion which included a new secure main entry and a new gymnasium. The gym is equipped with retractable bleachers, high-grade wood flooring which can accommodate both full- and half-court basketball. 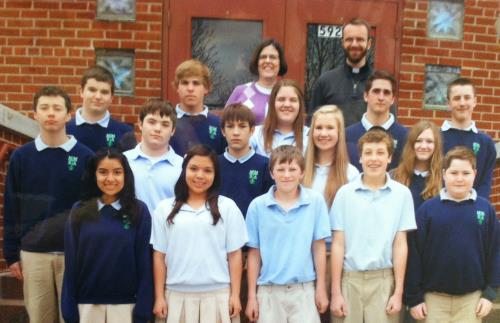